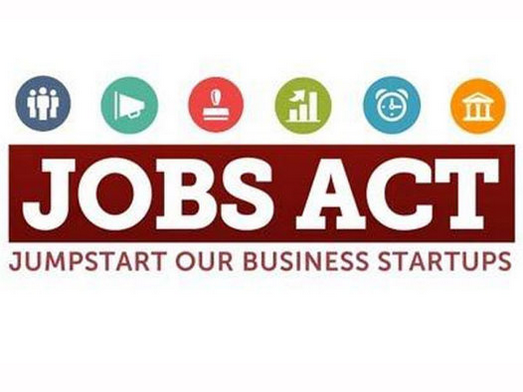 The following is repost from the June 8, 2016 White House post. You can see the original here.

Summary:  “Crowdfunding” rule makes it possible for entrepreneurs across the country to raise small-dollar investments from ordinary Americans.

In May, the final “crowdfunding” rule of the U.S. Securities and Exchange Commission (SEC) went into effect, making it possible for entrepreneurs across the country to raise small-dollar investments from ordinary Americans.

This new rule is a result of the Jumpstart Our Business Startups (JOBS) Act. When President Obama signed the bipartisan JOBS Act, he said this about the law’s crowdfunding provision:

“This bill is a potential game changer. Right now, you can only turn to a limited group of investors — including banks and wealthy individuals — to get funding…Because of this bill, start-ups and small business will now have access to a big, new pool of potential investors — namely, the American people. For the first time, ordinary Americans will be able to go online and invest in entrepreneurs that they believe in.”

With this new SEC rule, entrepreneurs can now raise up to $1 million from regular investors annually through regulated online platforms. This is a potential game changer for many kinds of entrepreneurs—from the tech company founder bringing her new innovation to global markets, to the Main Street small business owner opening a new store in his local community.

While America’s capital markets are strong and efficient, it’s still a fact that not every entrepreneur has access to needed capital—for example, only three percent of America’s venture capital-backed startups are led by women, and even fewer are led by African-Americans and Latinos. In the President’s words, “We’ve got to unleash the full potential of every American – not leave more than half the team on the bench.”

Previous forms of crowdfunding have already empowered diverse entrepreneurs to launch successful businesses after traditional sources of capital turned them down. Aurora Anaya-Cerdafulfilled her dream to open East Harlem’s first combined bookstore and community space.  Emily Núñez started a social enterprise that helps employ veterans by repurposing military surplus fabric into bags and accessories. Peter Platzer is helping young students run experiments on a fleet of tiny Earth-orbiting satellites. These businesses and many others all got off the ground thanks in part to crowdfunding—letting a large number of fans, customers, or community members vote with their wallets.

Of course, crowdfunding is not without risks. That’s why by design—and consistent with the President’s original proposal—the new crowdfunding regulation includes multiple layers of investor protections. All transactions must occur through regulated intermediaries, companies must satisfy a number of accounting and disclosure requirements, and investors are limited in how much they can invest within a 12-month period. The SEC and FINRA have published helpful bulletins and resources to help investors understand the risks of this new kind of investing.

One encouraging recent sign is not only the launch of many new regulated crowdfunding platforms, but also the growing ecosystem of “startups helping startups” to provide services for this new marketplace—making it easier for entrepreneurs to fulfill disclosure requirements, verify investor credentials, educate investors, and more. Over time, these new tools may increase transparency and provide strong accountability not only for “the crowd,” but also for the “family and friends” that have long served as entrepreneurs’ first source of seed capital.

Since the President signed the JOBS Act in 2012, a number of other provisions of the law have already served to expand entrepreneurs’ access to capital, consistent with investor protections. Thanks in part to the “IPO on-ramp,” which phases in regulatory requirements for smaller companies making an initial public offering, in 2014 smaller IPOs were at their highest level since 1999 adjusted for inflation. Meanwhile, the law’s “mini public offering” provision (“Regulation A+”) has allowed more than 30 companies to make offerings of approximately $500 million in aggregate over the past year or so—whereas the previous version of this rule was rarely used.

America’s entrepreneurs are our engines of economic growth, innovation, and job creation, and crowdfunding has the potential to become the 21st century equivalent of barn-raising. We can use it to help our neighbors and fellow citizens start a business, enrich our communities, and apply grassroots creativity and imagination to challenges big and small.

Deputy Director for Policy for the White House Office of Science and Technology Policy and Senior Advisor for Science, Technology and Innovation for the National Economic Council