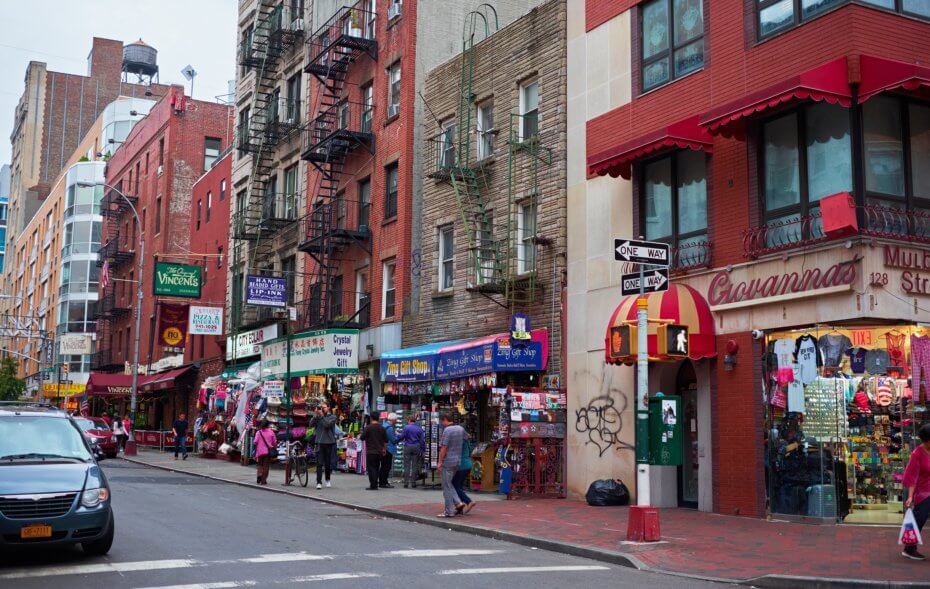 It’s been only six months since Regulation Crowdfunding was legalized, and it’s already proving to be highly successful funding source for new businesses. 50 percent of companies that have closed on their financing hit their minimum funding target. That 50 percent success rate is far greater than typical 3 to 10 percent success rate of bank loans or venture financing, according to the Small Business Administration.

But another unanticipated trend has emerged over the past few months: Regulation Crowdfunding is spurring the growth of inner city businesses. In fact, 40 percent of companies that have had successful fundraises through Regulation Crowdfunding were financed via Revenue Based Financing (RBF), and almost 100 percent of those were in areas the ICIC (or Initiative for a Competitive Inner City) classifies as an inner city.

So what is RBF, why it is so popular, and how can it be transformative for inner cities and Main Street USA?

Regulation Crowdfunding made it legal for the average American to invest in startups and small businesses via online websites. It is different from donation or rewards crowdfunding in that it is regulated by the Securities and Exchange Commission, investors are limited as to how much they can invest, entrepreneurs are capped at how much they can raise, and information about a business, its operations, team and use of capital needs to be disclosed.

Backers are not donors but investors that have a stake in the future outcome of the business. This stake can be an equity ownership, where investors are buying stock in a company, or debt, where investors are loaning money to a business instead of that business trying to get a loan from a bank. All of this is not done via the New York Stock Exchange (which is the domain of massive companies) or at large banks (which have cut off the lending to small businesses) but via online crowdfunding platforms. And many entrepreneurs are using a new breed of security called Revenue Based Financing that doesn’t force an entrepreneur to give up ownership but at the same time appeals to an investor’s need for an immediate ROI.

Revenue Based Financing is a type of loan whereby entrepreneurs pay back the loan with a percent of monthly revenue over a fixed period of time until a set return is reached. For example, an entrepreneur could borrow $100,000 from the crowd to start a local coffee roasting company and pay back 5 percent of monthly revenue for 48 months or until 2 times the investment (i.e. $200,000) is returned. These types of unconventional loans are not readily available from banks and are not available to borrowers who don’t have more than three years of operating history or collateral to back the loan. These loans work particularly well where a business has (or will have customers) and cash flow and this income may be seasonal or cyclical.

However, thanks to Regulation Crowdfunding and RBF more and more Main Street businesses are going out to the people who frequent their stores and borrowing money from them to renovate their buildings, expand their operations, buy new equipment or open a new storefront in a town next door. All of this is good for inner city economic development.

Our data shows that about 10 percent of companies that start campaigns each month are using RBF. It is a strong start given that this type of fundraising wasn’t expected. And as more platforms see the benefit of RBF, they will start promoting it (because it works in favor of investors). As the media covers it more, issuers will understand how it can be applied to their businesses, so we expect the 10 percent number to grow rapidly.

So what types of companies are pursuing RBF fundraises? One that I’m familiar with is The Native, which raised close to $400,000 on NextSeed for a luxury Hostel it wanted to build in a transformational area of Austin, Texas. Another is Haint Blue Brewing, which raised $210,000 on WeFunder for a craft brewery in a historic part of Mobile, Alabama.

From my talks with entrepreneurs and crowdfunding platforms involved in RBF fundraises, I’m hearing that over 50 percent of the commitments come from people within the community and over 80 percent had some connection to the issuer (friend or family).

Within any city there are at least 25 key businesses necessary for its health (think everything from gas station to grocery to pharmacy to hardware, salon, coffee shop, restaurants, and even pet stores). Now that big retailers like Wal-Mart have begun to reverse their growing trend, more and more cities are being left without many of these key businesses. With RBF, entrepreneurs who have experience running such businesses can borrow money to open storefronts to support their communities. And when the community invests in a business, it has a vested interest in the outcome of that business and will most likely frequent it more often because they know their use of it will determine whether or not they see a return.

Because investors in RBF-modeled fundraises start receiving principal and interest repayments almost immediately, their cash isn’t tied up for 7 to 10 years like a typical equity investment. Our data shows that investors are earning on average a 5.75 percent return on their investment paid out monthly, which is much better than money sitting in a savings account.

We expect to see much more of this type of fundraising in inner cities as the Regulation Crowdfunding market evolves. And the growth will come even faster if the government offers training programs and incentives to foster investment in inner cities. These incentives could include all-day training, co-investment, or top off funds where the local Chamber of Commerce, SBA, or Federal Government Agencies create matching incentives that are tied to positive behaviors of local communities.

In addition, the Federal government can create tax incentives that allow investors to risk more capital without fear of loss. These incentives could include the ability to write off any loss in a crowdfunding company that fails and the ability for investors to avoid capital gains on interest or income generated from a crowdfund investment.

Continued growth in successful inner-city small business fundraises could power a resurgence and transformation in those communities, creating jobs and economic prosperity.